The wonders of terpenes 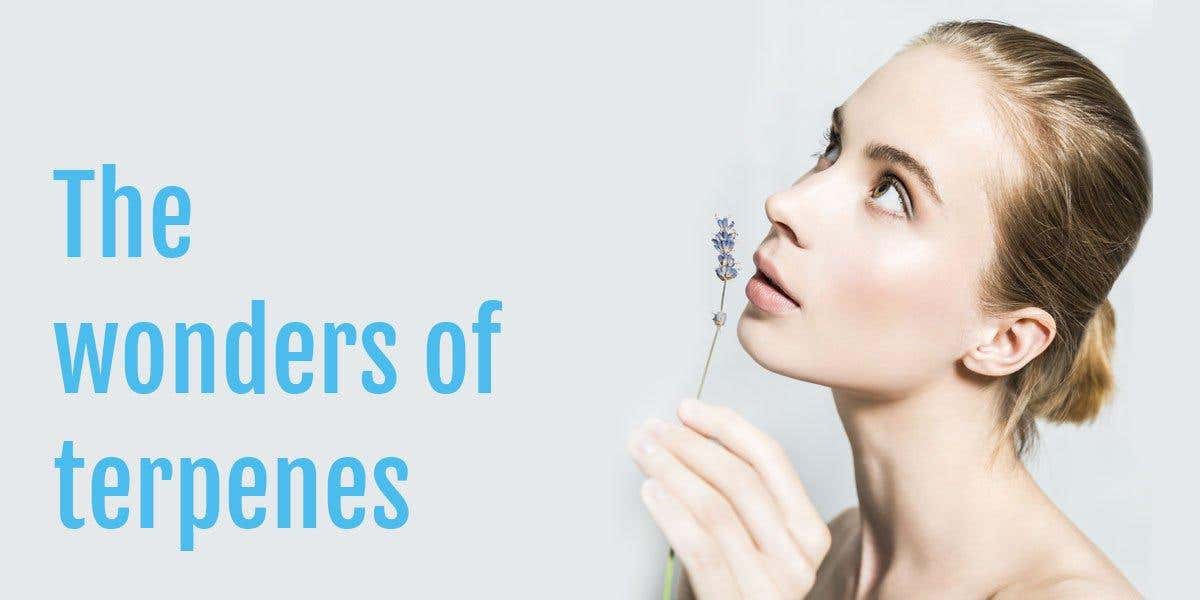 Did you know that there are over 200 known terpenes found in cannabis? In this article we explore these scented wonders and tell you more about some of the lesser known terpenes you can find in our CBD products.

Terpenes are a large, diverse class of aromatic organic hydrocarbons, produced by plants and flowers. Terpenes give plants their unique scent; they attract pollinating insects; they ward off predators; they protect the plant against bacteria and fungi; and they regulate the plant’s metabolism.

As if this wasn’t enough, each fragrant terpene has its own therapeutic quality that, when combined with odourless cannabinoids such as CBD, create something called the ‘entourage effect’.

Terpenes in everyday use

In this follow-up article, we wanted to explore the next five major terpenes that we combine with CBD isolate to replicate some of the most popular and beneficial cannabis varieties.

In my opinion, a good beer is a hoppy beer (don’t @ me!). The same terpene that provides hops with their distinctive smell is responsible for one of the most recognisable aromas within the cannabis world. That terpene is humulene.

Formerly known as a-caryophyllene, it was renamed after Humulus lupulus - also known as hops. Both hops and cannabis are part of the Cannabaceae family of flowering plants - hence their similar aromas.

Many remedies you can find in Chinese apothecaries will be high in humulene. It is an effective sedative and acts as an antibacterial agent. It has anti-inflammatory properties - in fact, a study from 2009 concluded that humulene was as effective as an anti-inflammatory as certain steroidal drugs.

Humulene is also a useful appetite suppressant which is leading to research into its potential as a weight loss aid.

However, the most exciting potential benefit comes from a 2003 study which shows that humulene is capable of killing cancer cells. This seems to be even more effective when humulene is combined with other terpenes and cannabinoids - once again showcasing the benefit of the entourage effect.

Humulene can be found most predominantly in our Pineapple Express, Jack Herer, and Super Silver Haze e-liquids.

Terpinolene displays a piney, woody aroma with hints of citrus and spice. It is commonly found in sage, rosemary, tea tree, cumin, and nutmeg. Its strong, pleasant aroma makes it a common ingredient in perfumes and beauty products.

The potential benefits of terpinolene are mainly found in its antifungal, antioxidant, and antibacterial properties. It is mildly sedative and is one of the major terpenes responsible for enhancing the action of cannabinoids like CBD.

Terpinolene is found in high concentrations within our Grand Daddy Purple and Jack Herer e-liquids.

One of the lesser known cannabis terpenes, the pleasing floral aroma and skin-healing properties of bisabolol has led to its use in the cosmetics industry for hundreds of years. In nature, bisabolol is the most abundant terpene in the chamomile flower.

It is commonly found in products for sensitive skin, after-sun, after shaves, and topical products for irritated skin due to its potent anti-irritant properties.

Research shows that bisabolol is also highly effective at reducing inflammation, as well as reducing the levels of perceived pain associated with inflammation.

Bisabolol has more recently been found to have anti-ulcer and gastroprotective qualities and has also been tested in topical treatments against venous leg ulcers. The antifungal properties of bisabolol have shown to be particularly effective against certain candida fungi; moreover, its antimicrobial properties could be useful in oral hygiene products as an efficient halitosis treatment.

Bisabolol can be found in our Grand Daddy Purple and Pineapple Express CBD e-liquids. As it is an effective skincare treatment, it can also be found as a major terpene in some of our CBD topicals.

Cannabis strains with a high prevalence of ocimene are known for their uplifting and energetic effects. Ocimene also acts as a powerful decongestant; when inhaled, it can help to expel mucus and phlegm, promoting better breathing.

As with many of its terpene brethren, ocimene has shown antifungal, antiseptic, and antibacterial benefits. Furthermore, when paired with other terpenes including pinene, a 2008 study showed promise in the treatment of viruses, including SARS.

Further research in a 2013 study indicates that ocimene may be beneficial for people with diabetes as it inhibits the proliferation of key enzymes.

Ocimene is prevalent in our Grand Daddy Purple and Jack Herer e-liquids.

It is noted for its sedative effects and has been shown in lab tests to produce a significant analgesic effect in mice. Therefore, terpineol is being suggested as an important tool in promoting better sleep and managing pain.

It also has potential as a powerful anxiolytic, helping to naturally reduce symptoms of various anxiety disorders.

Finally, products that are high in the terpineol terpene could prove beneficial as an anticonvulsant. Studies show that terpineol could reduce the frequency and intensity of seizures.

There are many, many more terpenes that each have many, many more benefits. Delta 3 Carene, which is playing a part in finding a cure for Alzheimer’s disease. Valencene, which can be used as an effective mosquito and tick repellant. Camphene, which has the ability to lower cholesterol. Borneol, which has been shown by one study to kill breast cancer cells. Keep checking back as we are sure to explore more in the future as CBD e-liquids evolve.

As research continues, we are confident that further therapeutic qualities will be discovered. In the meantime, we hope this guide, as well as the previous one, will provide you with enough information to make a choice about the CBD e-liquid that is right for you.